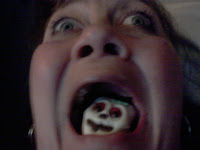 Some people start preparing for the Holidays as soon as the Ball Drops at Midnight on the year before. Some people start preparing even sooner, such s hitting the sales the day after Christmas.. Others, start on that dreaded Black Friday. You know, the day after Thanksgiving. They love the hustle and bustle of fighting off the crowds, digging out those hidden treasures that someone thought they were being slick, and hit it behind another something or other.
I'll admit, the times I do got out into the real world and do that nasty four-letter word called shop, I am the one looking for those so called hidden bargains. I love shopping the clearance sections. Or finding that one or two items that are inadvertently marked 90% off.  I hate to rush shopping because that is how you miss those hidden treasures.  But I hate shopping. So how can you get in and get out, but take your time searching for the deals?
To me the best way to shop is from the comfort of your own home.  Searching out the hints from various forums from members who have already done much of the leg work. This year, I can honestly say that I did 90 % of our Christmas shopping from home. The other 10% was from Flea Markets, Dollar General, Big Lots & Walgreens.
I absolutely refuse to step foot in that other over rated W word store! They have gotten too big for their britches and have forgotten about the word Customer in Customer Service.  And it is not just me. There are other Family members, along with friends and a vast amount of online friends who feel the same as I do.
My thoughts are this, it follows the same principle of standing true to yourself. If there is a President in Office that you don't like, but you did not vote, do you have a right to complain? No, you don't. If you have a child you are trying to discipline from something. yet you break down and give in to them when they start throwing a fit, are you ever truly going to break them from that habit? No, you are not. That follows through to when they become teenagers. They will say, I know Mom is going to freak out and go nuts, but eventually She will get over it and life will get back to what it was. I know this because i have raised 3 Children of my own, and a total of 6 additional step children, and now 5 Grand kids. You have to remain consistent in what you stand for.
So if there is a place of business that has really agitated you or just is not doing the kind of business they way you would want done, then do NOT go there again ever!. Don't gripe and complain, yet still return week after week. Don't complain about the way a Music artists behave yet still listen to them. Don't complain about how these tabloid magazines and shows are so wrong in what they do, yet you still stand in line, read their magazines, occasionally purchasing them. Or occasionally watch the show on TV or share a story on the Internet.  It all goes right back to that child saying, well maybe not this time, but I will get away with it the next.
We are wishy washy when I wanna be's!
Stand around and gripe, yet do nothing about it unless it is convenient. If, someone, someplace, something is sub standard or just plain wrong, do SOMETHING about it. Complain, go to a higher up, keep on going, but hit them where it hurts the most, in the wallet, the pocket, their profitability, their likelihood...
As long as business is doing good and they are making money, NOTHING will change.  But when consumers stop using their services, those antenna go up and they will listen if they want to survive? But the Consumer has to remain consistent. Otherwise "It's a slap on the hand and a little freaked out but they will get over it mentality".
Those who "listened" succeeded and not only succeeded, but they thrived. Those who didn't or don't ...  Wonder how many young people have heard of Woolworth, Shoney's Big Boy or Sears & Robuck & Co,,,,, Not so sure that even  Sears will be remembered by my Grand kids?

Live the History, Escape Modern Life at the Lady of the Lakes Renaissance Faire, Near Orlando Florida

Live the History, Escape Modern Life at the Lady of the Lakes Renaissance Faire, Near Orlando Florida: